The ComChain Alliance is an open network for Banks and Solution Providers within the Financial Communications and Compliance space. We are building an open standard for the provision, control and regulation of Financial Communications. The CCA is delivering a common schema to enable data records collated about common conversations to be linked together from disparate data sources. Blockchain technology is used to manage the configuration across the complex landscape whilst ensuring that the data collected is immutable 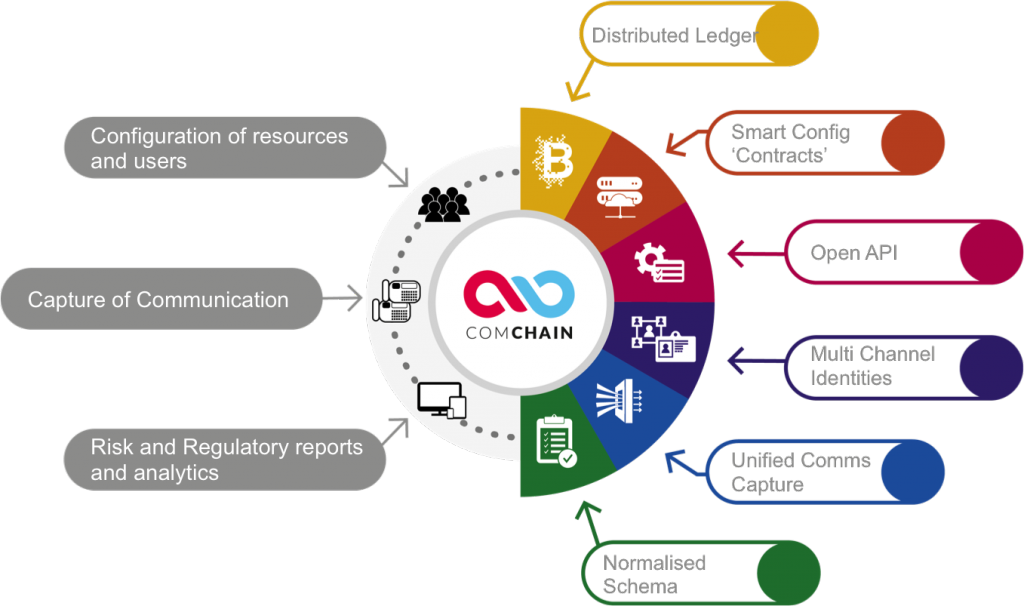 How to get involved with ComChain 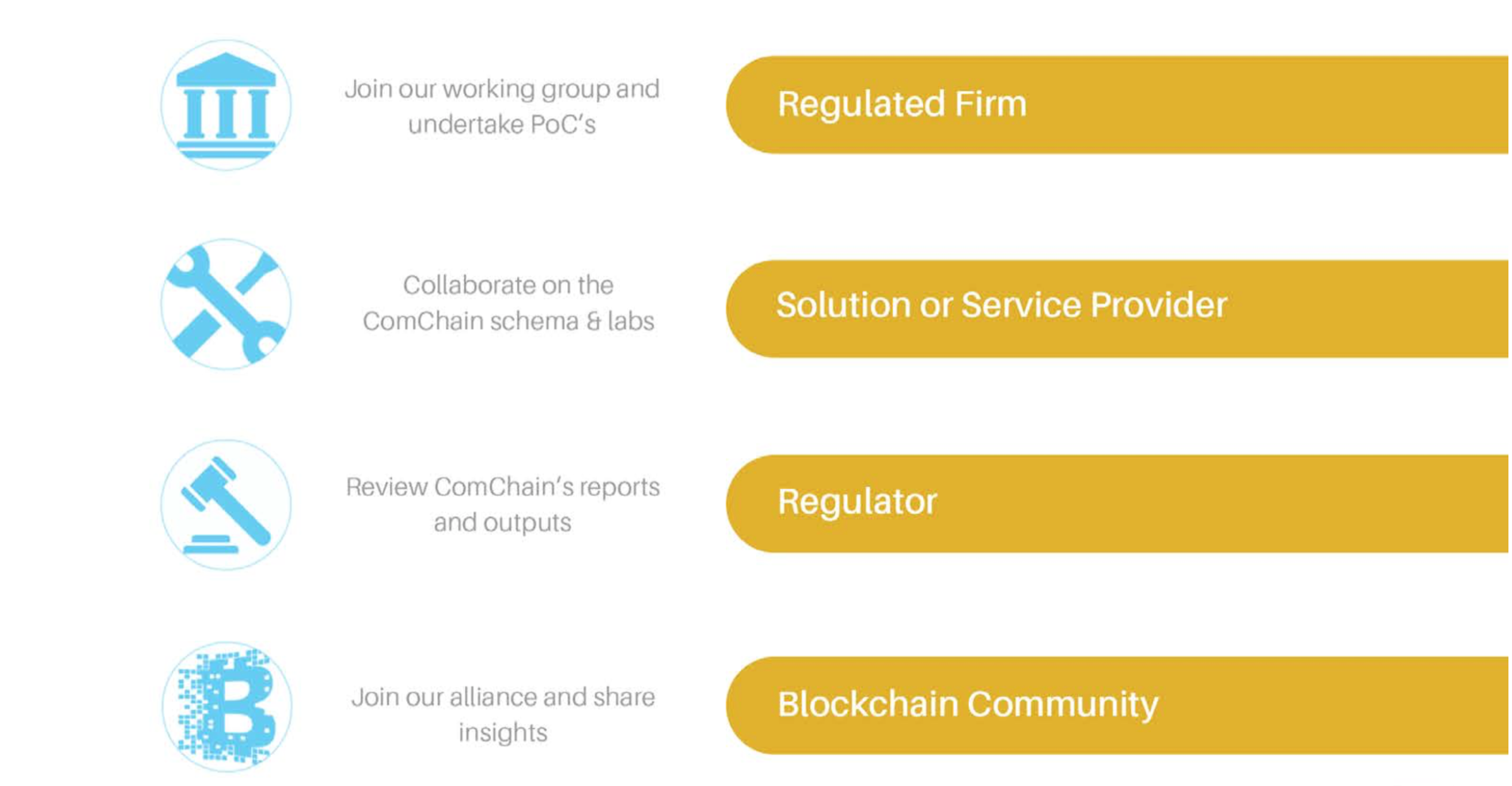 The ComChain Alliance has released the first draft of its schema for normalised communication records. This Schema is based upon JSON-LD utilising common properties as defined by Schema.org where it makes sense.

The overarching goal of the Schema is to allow different parties to record and log the communication data in a normalised manner. In this way regulated organisations can seamlessly search through data sets where the data itself may be generated by multiple service providers.

For example, an organisation may have Fixed Line Voice Recording from one provider, Call Data Records from a second, Mobile Voice Recording from a third. Utilising the normalised specification ensures that attributes are common between each provider and additionally where two providers have parts of the same communication the detail can be seamlessly linked together.

The schema allows for the configuration of user resources and the definition of the parameters the different parties are required to capture. For example, a user handset regulated within a MiFID2 jurisdiction would require the fields as defined in the MiFID2 JSON-LD. This file will show the different required data with the service provider or system required to capture the data. That provider will create an equivalent file for each record (or transaction) with the actual content it has been requested to collect.

The Schema is built using the following components: